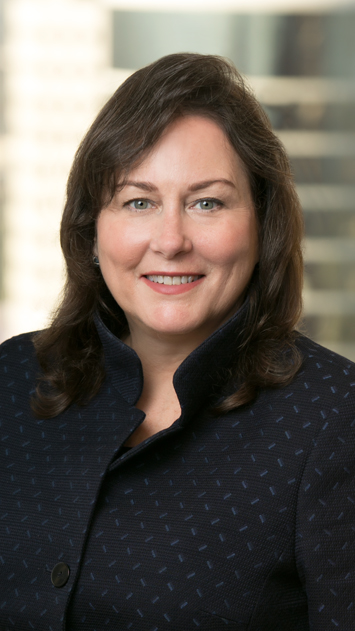 In her 37 years of trial practice, Kathy’s cases have run the gamut of high profile, high dollar, and high risk cases. She has represented clients pursuing recoveries for securities frauds in Brazil, Thailand, and Indonesia, the private prison industry, the waste disposal industry, and in mortgage-backed securities. She has also pursued commercial cases for clients seeking to enforce leveraged buyout agreements, construction contracts, and corporate indemnities. On the defense side, she successfully defended a client accused of a market allocation conspiracy in the North Sea, defended the outside directors of Enron and Westar in regulatory investigations and securities litigation, and is leading the defense of a large energy company in environmental and energy litigation. Kathy’s representative clients include: Occidental Petroleum Corporation, ExxonMobil, PIMCO, BlackRock, Trust Company of the West, Invesco, Western Asset Management, the former outside directors of Enron Corporation and the State of Arizona.

In the wake of the financial crisis, Kathy led a team that pursued recoveries for a group of 14 large institutional investors who purchased securitized mortgages that contained fraudulent or ineligible loans. Over a period of five years, Kathy and her team recovered more than $20 billion in cash and additional billions of dollars in mortgage servicing reforms from major financial institutions including Bank of America, JPMorgan, Citigroup, Residential Capital, and Lehman Brothers. Forbes magazine profiled Kathy’s RMBS efforts and called her “the woman Wall Street fears most” and the Wall Street Journal called her “the secret weapon for big bond investors seeking to recover billions of dollars on faulty mortgage-backed securities.”

After graduating from Harvard Law School, Kathy was a law clerk to Judge John R. Brown, United States Court of Appeals for the Fifth Circuit, from 1985 to 1986.

She is an outstanding lawyer and a very strong and formidable adversary.

Kathy is a standout and extraordinary lawyer with great courtroom skills.

She’s very knowledgeable in her area, represents clients well and contributes a lot. She’s smart, she understands what she wants to achieve and will figure out a way to achieve it. She has a really good presence and is very effective in what she does. She achieves all results and everyone respects her.

Kathy secured an $8.5 billion settlement with Bank of America on behalf of 22 institutional investors in connection with 530 securitization pools that issued over $424 billion of Countrywide-issued mortgage-backed securities.  Kathy was engaged to enforce her clients’ rights, through the governing agreements, to compel the repurchase of ineligible mortgages that do not conform to the representations and warranties concerning the collateral for the RMBS.  This was the largest private legal settlement in Wall Street’s history.  The New York Times reported the settlement as “likely to be the single biggest settlement tied to the subprime mortgage boom and the subsequent financial crisis of 2008.”  The Wall Street Journal labeled the deal a “mammoth settlement” by a group of “high-profile investors” and as the “turning point in Wall Street’s epic struggle with the fallout from the financial crisis.”  Her efforts have been recognized by The National Law Journal in its ”Counsel to Counsel, Outside Lawyers to America’s Outstanding General Counsel” special feature.

University of Texas at El Paso, with highest honors, 1982

Named a “Premier Woman in Law” by the Association of Women Attorneys, 2015

Named “Top Ten Change Agent” by the Financial Times in “US Innovative Lawyers,” 2012

Named an “Extraordinary Women in Texas Law” by Texas Lawyer, 2008

Named in Who’s Who Legal “Leading Commercial Litigators in the World” list, 2012-2019

Named one of The University of Texas at El Paso’s “Distinguished Alumni,” 2013

Panelist, “It’s Not Your Parents’ Courtroom: How to Try a Case to Today’s Judge or Jury” Southern District of Texas, Bench Bar Conference, November 3, 2017, Houston TX

Panelist, “Benefits of Female Trial Counsel: Views from the Box,” Center for Law in Law – The University of Texas School of Law Program, February 23, 2017, Houston, TX