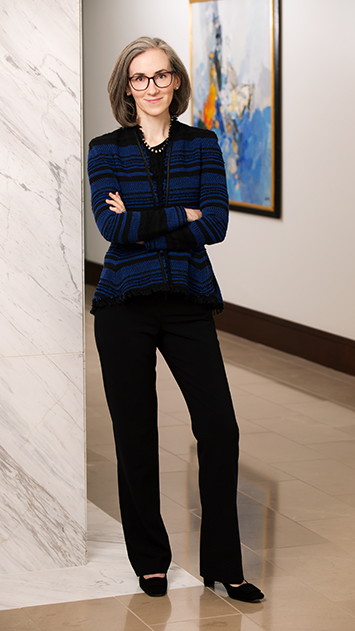 Ann first joined Gibbs & Bruns as an associate in 2007, after clerking for the Honorable Will Garwood of the United States Court of Appeals for the Fifth Circuit, 2006-2007. After a family move to Denver, Colorado, she practiced in the trial groups at Jacobs Chase, LLC (2010-2011) and Davis Graham & Stubbs LLP (2011-2014), where she litigated and tried cases in federal and state courts and in arbitration. In addition to her broad range of litigation experience, Ann has also worked as a solo practitioner both in Colorado and Texas, focusing exclusively on the oil and gas industry and various related title issues. After returning to Houston, Ann rejoined Gibbs & Bruns in 2021.

Nevada Power Company v. Nevada Cogeneration Associates #2
Represented Nevada Cogeneration Associates #2, a joint venture co-owned by Chevron and Dynegy, in the defense of an arbitration filed by electric utility Nevada Power Company. NCA #2 developed a qualified facility to produce power for the Las Vegas area which Nevada Power Company purchased under the terms of a 30-year power purchase agreement. The arbitration involved a dispute over the proper interpretation of certain provisions of the agreement. At the time of arbitration, the utility forecast that in 2023 it would be entitled to a rebate of approximately $320 million. The matter was arbitrated before a former federal judge who ruled in favor of the firm’s client by denying the utility’s rebate claim in its entirety.