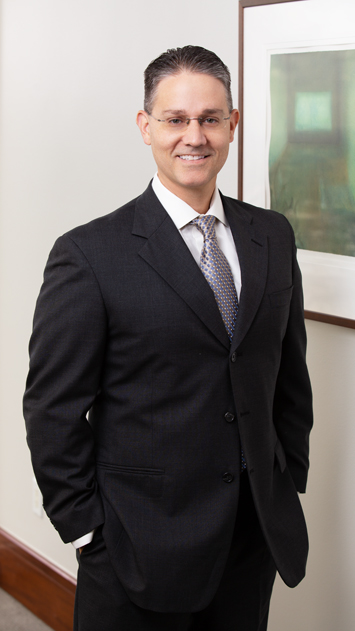 Mark Giugliano focuses his practice on complex commercial litigation.  His practice includes representation of both plaintiffs and defendants in an array of areas, including energy, construction, intellectual property focused on patent and copyright infringement, trusts and estates, products liability, class action, and securities litigation.

Before law school, Mark worked with Ernst & Young, LLP’s National Planning Group as an internal strategy consultant.  Following law school, Mark was a briefing attorney to Justice Nathan L. Hecht of the Supreme Court of Texas from 1999 to 2000.

Verde v. FTE Automotive USA, Inc., et al.
Represented FTE, a tier-one automotive supplier, in a series of putative nationwide and state class actions in Texas and Oklahoma federal court alleging breach of warranty and other product liability theories.  Successfully moved to dismiss the Oklahoma action, and then successfully moved for an early summary judgment in the Texas action (based primarily on successor liability issues related to the Chrysler bankruptcy).

FINRA Arbitration
Defended private equity firm in a multi-million-dollar fee dispute brought by a former placement agent.  The case was arbitrated before a FINRA panel.  After plaintiff rested its case, we moved for a directed verdict.  The case settled favorably prior to the panel ruling on our directed verdict motion.

Scott Martin, et al v. Martin Resource Management Corp., et al.
Represented Keeneland Capital Management, LLC (“KCM”) in a shareholder derivative and individual suit involving its investment in Martin Resources Management Corporation (“MRMC”), a closely-held energy corporation.  KCM purchased a significant number of shares in MRMC from a key stakeholder, and was assigned that seller’s causes of action against members of management and the Board of Directors for, among other claims, shareholder oppression, breach of fiduciary duty, wrongful entrenchment and dilution, abuse of control, gross mismanagement and fraud stemming from the Directors’ alleged improper issuance of over $50 million of MRMC stock. MRMC and the MRMC Employee Stock Ownership Trust also opposed KCM in this action, and, along with the other defendants, asserted counterclaims for over $20 million in alleged damages against all plaintiffs and other third parties.  After two years of intense litigation involving several other related lawsuits, the case settled favorably for KCM for a confidential amount.

San Jacinto River Authority v. Western Summit Constructors, Inc., et al.
Represented Western Summit in a dispute with SJRA concerning alleged deficiencies in the design, specifications, and installation of a UV system in a waste-water treatment facility.  Negotiated a favorable resolution before suit was filed, including the release and payment of Western’s full retainage withheld by SJRA.

Yvonne Melcher v. Richard L. Kerr, et al.
Represented co-trustees of a multi-million dollar trust in a lawsuit brought by the primary beneficiary claiming breach of fiduciary duty, breach of trust, and conversion.  After successfully defending against a temporary injunction sought by plaintiff, the dispute was settled on favorable terms for our client.

Zachry v. ABB
Represented H.B. Zachry Company and Zachry Construction Corporation in a dispute concerning construction cost overruns and delay costs sustained by our clients while building a $700 million ethylene cracking plant.  After nearly two years of litigation, the case settled very favorably for our client, and is confidential at the request of defendants.

Cuesta, et al. v. Ford Motor Co. and Williams Controls, Inc.
Represented Class Representatives and a nationwide Class of over 500,000 individuals against Ford and WCI in a products liability class action alleging defective electronic throttle controls installed in hundreds of thousands of Ford super-duty trucks, seeking class damages exceeding $90 million.  Litigation commenced in 2004, the Class was certified in 2007 and re-certified in 2009 after appeals to the Oklahoma Court of Appeals and the Oklahoma Supreme Court, and after defendants’ petition for certiorari was denied by the U.S. Supreme Court. A multi-million dollar settlement was secured in favor of the Plaintiffs.

Ruth Bauer v. Bauer Foundation
Represented the Charles T. Bauer Foundation, a charitable organization created by the late Ted Bauer, founder of AIM Investments. The Foundation was an intervener in a lawsuit brought by Mr. Bauer’s estranged spouse against his estate alleging that community property was mismanaged during his life time.  Plaintiff alleged over $300 million in damages.  The lawsuit was settled on very favorable terms, and the Foundation was able to continue its charitable giving.