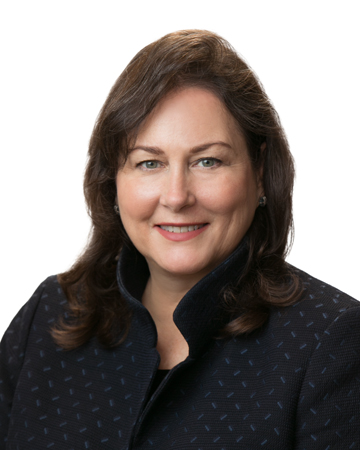 Law 360 editors selected a “top group of women who have…scored major victories for companies and their shareholders and shattered assumptions” in this particular area of law.  Kathy was selected to the shortlist of 20 lawyers from over 100 nominees.

Kathy Patrick of Gibbs & Bruns LLP has recovered more than $21 billion for mortgage-backed securities investors — including the largest private settlement in Wall Street history — and changed mortgage servicing to benefit both borrowers and investors, putting her among Law360’s Influential Women in Securities Law.

To secure the record-setting $8.5 billion deal with Bank of America Corp., the Houston-based litigator brokered an unusual alliance between competing investors, including BlackRock Financial Management Inc. and Pacific Investment Management Company LLC. She later successfully defended the deal in proceedings that stretched over 2½ years.

Former adversaries and teammates alike say Patrick’s persuasiveness, honesty and unflinching advocacy were a mainspring in achieving the momentous results in that case and others.

Patrick and her clients first threw down the gauntlet on Oct. 18, 2010, issuing a notice of nonperformance to Countrywide Financial Inc., which Bank of America had bought in 2008. She appeared on CNBC that day and gave the bank an ultimatum.

“We’re willing to take it as far as it needs to go in order to get the contracts enforced in the way that they’re supposed to be performed,” she told the network.

On that day, months before the bank struck the record-breaking deal that would ultimately withstand objector challenges, the market took her seriously: Bank of America shares fell about 5 percent.

But to reach that point required bringing together more than 25 percent of the investors in each of what was then over 100 mortgage pools to meet the contracts’ high threshold for investor action.

Patrick had already been working with some of the investors since 2002 to recover $1.6 billion on notes issued by National Century Financial Enterprises Inc. after the health care finance company collapsed under executives’ massive Ponzi scheme. Patrick and her team sued Deloitte & Touche LLP, PricewaterhouseCoopers LLP and JPMorgan Chase & Co., ultimately recovering more than $1 billion.

The relationships built through that litigation and other matters enabled Patrick and the firm to convince investors that their proprietary strategies would be safe from one another if they took on the Bank of America case.

“Because people trusted us, because we knew what the investors could and couldn’t do, because we made it possible for them to cooperate, we were able to show up and say, you know what, you are going to have to buy back these mortgages for billions of dollars,” Patrick said.

Theodore Mirvis and his colleagues at Wachtell Lipton Rosen & Katz represented Bank of America in the negotiations. Mirvis called Patrick a “straight shooter” who meant what she said, and credited Patrick along with Wachtell’s Meyer Koplow and Mayer Brown LLP’s Jason H.P. Kravitt, who represented trustee Bank of New York Mellon, as some of the few lawyers who could have gotten the deal done.

“What struck me about Kathy from the first time I met her was — and I have dealt with a lot of plaintiffs lawyers — Kathy is a no-nonsense, no-bullshit, no-spin adversary,” Mirvis said. “She will tell you exactly what her position is.”

In June 2011, a deal emerged that included $8.5 billion to settle investors’ claims relating to 530 mortgage-backed securities in trusts held by BNY Mellon and changes instituted to the way the underlying mortgages were serviced.

The deal required Bank of America to outsource servicing for some high-risk loans and take other measures to address underperforming loans quickly, policies meant to curb losses for investors as well as help borrowers exercise options available to them.

But the settlement itself was only the beginning: Objectors emerged, including American International Group Inc., which dubbed the deal a “Frankenstein monstrosity.” The trustee then sought a judge’s approval for its actions, employing a little-known procedure called an Article 77 proceeding.

The 2½ years of proceedings included interim appeals and weeks of hearings before a state judge.

Ken Warner, a local counsel who worked alongside Patrick at trial, said that while New York Supreme Court Judge Barbara R. Kapnick at times shook her head in apparent dismay at the amount of disagreement in the room, Patrick was able to “clear the air.”

“After there has been a very raucous and heated exchange, she is able to stand up and put it all together in a way that clarifies the issue,” Werner said. “There is nothing better for a lawyer than to be someone a judge thinks will aid the decision-making process.”

The central objection to the deal had been that it didn’t go far enough, an argument Patrick and her colleagues parried by pointing out that Countrywide itself could not have paid that amount and that pinning liability on Bank of America would have been an uphill battle.

In a judgment affirming approval of the deal, a state appeals court went beyond approving the trustee’s exercise of discretion: It agreed with Patrick and her colleagues that the trustee “would have been unreasonable” to pass on the settlement and litigate the matter under those conditions.

Patrick and her team have gotten back a total of $21 billion for mortgage-backed securities investors, working out deals in 2014 totaling $1.13 billion and $4.5 billion with Citigroup Inc. and JPMorgan, respectively, and recovering nearly $1 billion from the bankruptcy estate of Residential Capital LLC.

Tim Devine, a fourth-generation lawyer who serves as chief litigation counsel for ResCap’s former parent company Ally Financial Inc., said that while he and Patrick were on opposite sides of the complex bankruptcy dispute, her exacting standards and respect for those around her reflected “the best traditions of the bar.”

“For that reason I think she and I, notwithstanding deep and principled differences in our interpretation of the law and the facts, ended up forging a mutually respectful and productive relationship,” Devine said.

As a law student at Harvard in the mid-1980s, Patrick remembers professors describing trial as a ritual wherein storytellers help society arbitrate between conflicting perspectives.

“The process of identifying a client’s perspective, and then telling the story from that perspective, is what trial lawyers do. It’s hugely important,” Patrick said.

An avid reader of fiction, Patrick sees trying cases as a creative endeavor. When she goes before a judge or jury, Patrick seeks to pierce what she called “the veil of branding and gloss” around a corporate client and talk about the people involved.

Like the story she told a Texas court about a fund manager who bought into bonds supposedly backing maximum-security prisons in rural Texas but was deceived by a pair of con artists.

Or the one about the Huntsman family, majority shareholders in Huntsman Corp., who were caught up in a secret deal between investment banks and a buyer to set the company up for a failed merger.

In the first story, a jury awarded the prison bondholders $84 million in one of the few federal securities cases to be tried to verdict.

And in 2009, Huntsman won an unprecedented settlement in which Deutsche Bank AG and Credit Suisse Group AG agreed to pay $1.7 billion to finance Hexion Specialty Chemicals Inc.’s purchase of the company.

Patrick’s own story holds its share of challenges overcome. After graduating from Harvard and serving as a clerk for Judge John R. Brown in the Fifth Circuit, Patrick joined Gibbs & Bruns in 1986.

Early in her career she had a male lawyer tell her that women couldn’t be trial lawyers because they would inevitably have children and quit. She was told to fetch coffee, that she needed to go to charm school.

“In those days, there was very little effort to conceal overt sexism and hostility,” Patrick said. “In fact, it was taken for granted that it was OK to demean people like me.”

A self-described feminist, Patrick says she benefited from the support of the firm’s original founding partners, Robin Gibbs and Deborah Ratliff, who stood up for her in those situations.

Patrick likewise endeavors to support her junior colleagues and show others by example that women can succeed at the highest echelons of corporate law.

Denise Drake, an associate who joined the firm last year, says Patrick makes a difference not only through her visibility as a leader within the firm but also as a staunch advocate for women in the profession and a source of meaningful advice.

“Kathy is real and honest about her own personal and professional struggles, and it makes her success all the more inspiring and attainable,” Drake said.

Patrick, who is the second most senior lawyer at Gibbs & Bruns, says diversity in the law is not just a matter of making sure talented attorneys get the opportunities they deserve, it affects a firm’s ability to get results.

“In litigation, you are telling a story,” she said. “It’s important for clients to look at law firms and ask, where are the diverse voices that can bring a different perspective to our case, so we can tell our story clearly and well to the diverse audience that will hear and decide the case?”

The story Kathy and her firm next hope to tell a jury is that of the Petrobras scandal: a story of “institutional corruption, criminal conspiracy and a massive fraud on the investing public,” according to their 103-page complaint on behalf of the Bill and Melinda Gates Foundation Trust and other investors. The claims against the Brazilian state-owned oil company survived a motion to dismiss in March.