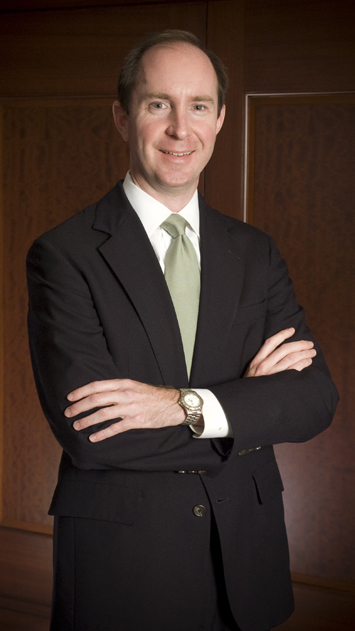 Following law school, Jeff was a law clerk to Judge Edith H. Jones of the United States Court of Appeals for the Fifth Circuit from 1997 to 1998.

ERG Resources, LLC v. Nabors Global Holdings II, Limited, et al.
Represented ERG Resources, Inc. in litigation against Nabors Global Holdings II, Ltd. and Parex Resources, Inc. involving the acquisition of oil and gas properties in the Republic of Colombia. In early 2012, ERG agreed to purchase the stock of Ramshorn International from Nabors for $45 million, which would give ERG ownership of Ramshorn’s valuable Colombian oil and gas interests. During the due diligence period, ERG identified certain alleged breaches of Nabors’ representations and warranties under the purchase agreement. At the same time, Parex offered Nabors a substantially higher price for the same assets. ERG alleged that Parex had knowledge of the purchase agreement and that Nabors sought to thwart the deal in order to sell the assets to Parex instead of ERG. Nabors subsequently sold the assets to Parex for $75 million. ERG filed suit against Nabors and Ramshorn seeking specific performance and, in the alternative, damages for breach of contract. ERG also asserted claims against Parex and its subsidiary for tortious interference with ERG’s contract. After a two-day special appearance hearing, the trial court denied Parex’s and Ramshorn’s special appearances, but granted the special appearance of the Parex subsidiary. The jurisdictional rulings were appealed to the Texas Supreme Court, which determined that personal jurisdiction existed over Ramshorn but not over Parex or its subsidiary. As a result, ERG was required to pursue parallel litigation against Parex in Alberta, Canada. In 2017, ERG’s claims against all parties were resolved prior to trial in a series of settlements totaling $35 million.

Odelia Abecassis, et al v. Oscar S. Wyatt, Jr., Nucoastal Corporation, et al.
Represented El Paso Corporation (El Paso), an affiliate of Kinder Morgan, in a lawsuit filed by twenty alleged U.S. nationals who claim they are victims or relatives of victims from three terrorist attacks by Hamas or the Palestinian Islamic Jihad in Israel some twelve years ago. Plaintiffs sought to hold El Paso liable under the Anti-Terrorism Act (18 U.S.C. s. 2333) based on alleged payments of illegal surcharges to the Iraqi government under the Oil for Food Program by third parties from whom El Paso purchased Iraqi crude oil. Plaintiffs sought in excess of $50 million in damages, including treble damages under the Anti-Terrorism Act. This matter settled with terms favorable to our client.

Anthony Authorlee, et al. v. Tuboscope Vetco International, Inc., et al.
Approximately five years after settling their occupational lung disease claims, 11 plaintiffs brought suit against the client, Tuboscope Vetco International, Inc., and others, seeking to set aside the settlements and reopen their claims. Plaintiffs alleged that their settlements were part of an unlawful “aggregate settlement,” and were void as against public policy. Plaintiffs alleged that Defendants had fraudulently assisted Plaintiffs’ former counsel in improperly obtaining their consent to the settlement. After researching the files history, we got the action abated. Plaintiffs then filed a bill of review in the original settled case. Following discovery and hearing, that motion was denied. Plaintiffs appealed to Houston’s First Court of Appeals. On August 28, 2008, the court of appeals ruled in favor of the Tuboscope Vetco and the other defendants, affirming the trial court’s denial of the bill of review and leaving the prior settlements intact.

Peggy Roif Rotstain, et al. v. Trustmark National Bank, et al.
Harold Jackson, et al. v. James Keith Cox, et al.
Representing Trustmark National Bank (Trustmark) in two lawsuits related to the collapse of the Stanford Financial Group (headed by R. Allen Stanford). Plaintiffs in both cases are persons who owned certificates of deposit (CDs) in Stanford International Bank, Ltd. (SIBL). Trustmark was a correspondent bank for SIBL, meaning that SIBL forwarded checks, sent to it in Antigua by CD holders, to Trustmark’s Houston, Texas branch for deposit and use by the Stanford Financial Group as part of its regular business activities. The Rotstain case was filed as a putative class action, with plaintiffs alleging damages in excess of $7 billion. The Jackson case was filed on behalf of an individual group of investors. Both cases are now pending in a MDL in the Northern District of Texas (Dallas), where multiple Stanford-related matters have been consolidated for pre-trial proceedings.

Blue Sky Golden FPS, Ltd. v. Fulcrum Energy, LLC et al.
Represented Golden Agri-Resources Ltd. in Texas state court against counterclaims asserted in an underlying lawsuit involving one of our client’s subsidiaries. The counterclaims sought hundreds of millions of dollars in damages based primarily on allegations that Golden Agri-Resources breached an oral contract and/or an oral partnership as well as fiduciary duties relating to a proposed joint venture to develop biofuels. Discovery was concluded in the case, and it then settled on extremely favorable terms for our client as well as our client’s subsidiary.

St. James Capital Partners, L.P., et al v. St. James Capital Corporation, et al.
Represented the Defendant in a partnership dispute in which Plaintiffs asserted claims of breach of fiduciary duty for 14 separate transactions. Following six weeks of pretrial and eight weeks of actual trial, the jury found no breach of fiduciary duty on all claims. Jury made a separate finding that each of the transactions was “entirely fair.” Plaintiffs sought $47 million in alleged actual damages, approximately $50 million in disgorgement and $60 million in punitive damages. Plaintiffs were poured out on all claims. Defendants also prevailed entirely on their counterclaims.

Current and Former Officers and Directors of Pride International
Represented a number of current and former directors of Pride International (now Ensco plc) including the then-current chairman, the then-current CEO, and the former CEO of ConocoPhillips, in derivative actions arising out of alleged FCPA violations. The firm represented these individuals in an internal investigation and in the related derivative proceedings concerning the FCPA allegations. That litigation was concluded favorably to the company and the firm’s clients.

Melrose v. Crawford, et al.
Successfully represented several managing partners and directors of several private equity funds in an arbitration matter. Our clients had been served with an arbitration demand by another managing director with whom they had fallen out. He alleged a number of claims against our clients, including breaches of contract and breaches of fiduciary duty, for which he sought millions of dollars in damages. We asserted several counterclaims in response. Following roughly eight months of discovery and a week-long arbitration, the arbitrator denied every claim against our clients and ruled in our favor on nearly all of our counterclaims. Among other things, the final award found that the opposing partner should be retroactively terminated for cause due to his willful misconduct, ordered that the partner pay back all compensation he had received during that period, and awarded our clients nearly all of their attorneys’ fees in the matter.