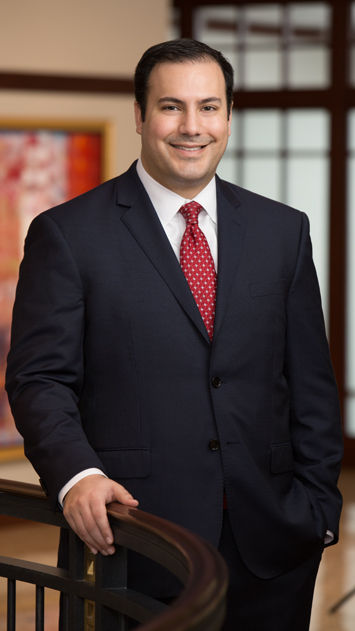 Gabriel Kaim focuses his practice on complex commercial litigation with concentrated experience in the energy, aviation and construction arenas.

David M. Dunwoody, Jr. v. EnVen Energy Corp. et al.
Represented David Dunwoody, co-founder and former president of EnVen, in a three-week jury trial based on a dispute under his employment agreement.  Mr. Dunwoody sought damages for his severance benefits package, including the value of his unvested shares, which EnVen refused to provide for more than two years.  The jury returned a complete plaintiff’s verdict, finding that Mr. Dunwoody had multiple, independent grounds for contractual “Good Reason,” each entitling him to his severance benefits package, and awarded Mr. Dunwoody full damages.  In September 2021, the court entered a $12.4 million final judgment in favor of Mr. Dunwoody.

City of Texas City v. Buckeye Development & Logistics LLC, et. al.
Represented a coalition of pipeline companies in a dispute before the Railroad Commission of Texas related to the City of Texas City’s increase in annual pipeline fees.  The Railroad Commission rejected the fee increase and accepted the coalition’s calculation of annual fees, resulting in significant, ongoing annual savings to the pipeline companies.

Perez et. al. v. Phillips 66 Pipeline, LLC
Represented Phillips 66 in a nuisance and trespass case brought by 15 landowners related to alleged water damage to the landowners’ property.  After discovery and motion practice, obtained a complete summary judgment dismissal of all claims brought by the landowners.

Bridgeman et. al v. United Continental Holdings, Inc.
Represented United Airlines in a case involving claims of discrimination based on sexual orientation, invasion of privacy, and personal injury.  Obtained a take-nothing directed verdict at trial and drafted the Fifth Circuit brief resulting in the verdict being upheld on appeal.

Lechin v. United Airlines, Inc.
Represented United Airlines against claims of malicious prosecution and defamation.  Obtained summary judgment dismissal of all claims and drafted the Fifth Circuit brief resulting in the dismissal being upheld on appeal.

TCPA Litigation
Represented a private Texas university against multiple defamation and tortious interference claims.  Drafted motions to dismiss pursuant to the Texas Citizens Participation Act which led to the plaintiffs either dropping their claims or the claims being dismissed.  Drafted multiple appellate briefs resulting in the dismissals being upheld on appeal.

Pro Bono Representation
Represented a victim of sexual assault sued for defamation in federal court.  Drafted a motion to dismiss pursuant to the Texas Citizens Participation Act resulting in the plaintiff dropping all claims.

Listed in Best Lawyers: Ones to Watch, 2022-2023
Commercial Litigation

Co-author with Nicholas A. Morrow “Examining the Standard of Care of Failure to Divert During In-Flight Emergencies,” 13 Issues Aviation L. & Pol’y 361 (2014)