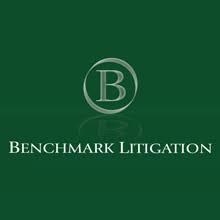 Since it’s launch, Benchmark has highlighted Gibbs & Bruns and its trial lawyers in its annual directory, the sole directory in the legal market focused exclusively on litigation firms and lawyers.  This year, Benchmark ranked Gibbs & Bruns one of the “Top 10 Plaintiff Firms” in the nation.  In addition, Gibbs & Bruns was ranked on Benchmark’s annual shortlist of “Highly Recommended” litigation firms in Texas, the directory’s highest ranking, recognizing 13 of the firm’s lawyers in this year’s editorial rankings.

Robin Gibbs, Kathy Patrick and Barrett Reasoner were selected to the exclusive “Top 100 Trial Lawyers in America” list in this tenth anniversary edition of Benchmark Litigation.

Gibbs & Bruns, another Houston boutique celebrated for its reach extending well beyond state borders, comes armed with several “hard-nosed” lawyers who “bring to hear the collective trial acumen equaling or surpassing any of the big national firms.”

Topping this list, Kathy Patrick, has received overwhelming ovation for her work as lead counsel for the 22 institutional investors whose $8.5 billion settlement was officially approved at the end of January 2014.  Former opponents from as far away as New York bemoan that “She is a pain in our collective butt, which I guess means she is doing her job very well.  Securities lawyers who are used to always getting their way and going on autopilot will be in for a rude awakening (when going against Patrick).”  One peer flatly confides, “She beat the tar out of us once – we settled.”  Patrick is called a “superwoman” by peers who marvel at her repeat success in mortgage-based securities cases.

Name partner Robin Gibbs and Barrett Reasoner are two other partners that are frequent recipients of praise.  “That whole crew is just storming this market,” confirms a Houston peer, who goes on to confide, “We compete with them for business and it is a very stiff fight.”

With a bench that is now 15 partners deep, Houston powerhouse Gibbs & Bruns is on the cusp of outgrowing its historically “boutique” status in both headcount and national star power. The firm receives resounding, indeed unanimous, accolades from peers. Clients also offer vocal support, with one testifying, “We choose them because they are very competent, thorough, and creative in handling sophisticated commercial litigation. This is one of the top litigation boutiques in the country, and certainly in Texas.”

The firm has had what many agree is an extremely successful several years, with a series of major victories in the mortgage-backed securities arena for teams of institutional investors seeking reimbursement from Bank of America, JP Morgan, and Citigroup. Over the past three years, the firm has secured a series of well-publicized and favorable settlements with each bank, valued at $8.5, $4.5, and $1.1 billion, respectively.

Kathy Patrick has received overwhelming ovation for her work as lead counsel for the 22 institutional investors whose $8.5 billion settlement was officially approved at the end of January 2014. In March 2015, the New York Supreme Court Appellate Division approved in its entirety the $8.5 billion Countrywide RMBS settlement negotiated by the firm on behalf of its RMBS clients, including PIMCO, Blackrock, MetLife and others. This settlement is nearly double an already eye-popping $4.5 billion settlement with JPMorgan that Patrick scored earlier on behalf of 21 institutional investor clients. Patrick is called a “superwoman” by peers who marvel at her repeated successes in mortgage-backed securities cases in addition to the waves she has made with a newly filed $800 million LIBOR suit for Fannie Mae against nine of the world largest banks. Patrick is widely revered by peers who champion her ability to “come up with methods of actual viable claims that can attain recovery for people who have holdings in these failed mortgage bonds.” They continue, “Nobody else has been able to come up with this; that is why these enormously complex cases are so big and so important.”

The trial acumen of other noted stars Robin Gibbs and Barrett Reasoner was called into service by the El Paso Corporation, an affiliate of Kinder Morgan, in a lawsuit filed by 20 alleged US nationals who claimed they were victims or relatives of victims from three terrorist attacks by Hamas or the Palestinian Islamic Jihad in Israel some 12 years ago and are seeking in excess of $50 million in damages, including treble damages under the Anti-Terrorism Act based on alleged payments of illegal surcharges to the Iraqi government under the Oil for Food Program by third parties from whom El Paso purchased Iraqi crude oil. A peer marvels, “Robin Gibbs has unbelievable stamina – he tries cases all over the place!”

Praise is also strong for Mark Giugliano, who represents FTE Automotive USA in a pair of putative class actions alleging that an automotive part in various manual-transmission Chrysler vehicles sold from 1997 through 2007 was defective. Peers hail Giugliano as “a pleasure to deal with and a true professional.

The 13 Gibbs & Bruns lawyers highlighted in Benchmark’s 2016 directory include: