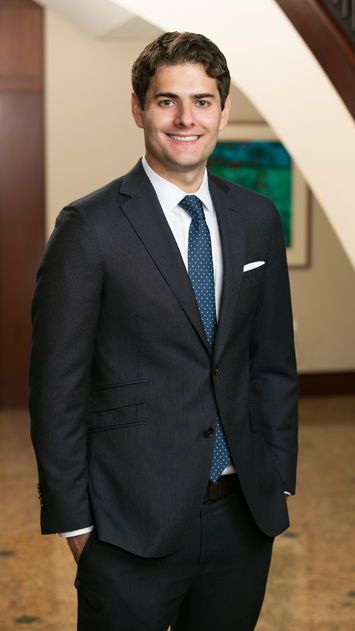 Ross MacDonald devotes his practice to complex commercial litigation disputes, representing both plaintiffs and defendants in state and federal court as well as in arbitration.  Ross has handled cases in a wide range of practice areas, including theft of intellectual property, construction, antitrust, energy, and trust and estate ligation.

Following law school, Ross was a law clerk to Judge Priscilla Richman, United States Court of Appeals for the Fifth Circuit, from 2013 to 2014.

U.S. Pipeline vs. Northern Natural Gas
Represented U.S. Pipeline (USPL), a Houston-based pipeline construction contractor, in a dispute against Omaha-based Northern Natural Gas (NNG) regarding NNG’s failure to properly compensate USPL for the installation of a portion of NNG’s natural gas pipeline. After an 8-day bench trial (December 2017 in Omaha, Nebraska), the court awarded USPL its full breach-of-contract damages for NNG’s refusal to pay for the additional work (totaling $5.65 million).  The court denied all of NNG’s counterclaims. NNG appealed but the Nebraska Supreme Court affirmed the trial court’s judgment in its entirety in an opinion issued June 28, 2019.

Listed in Best Lawyers: Ones to Watch, 2021-2022
Commercial Litigation