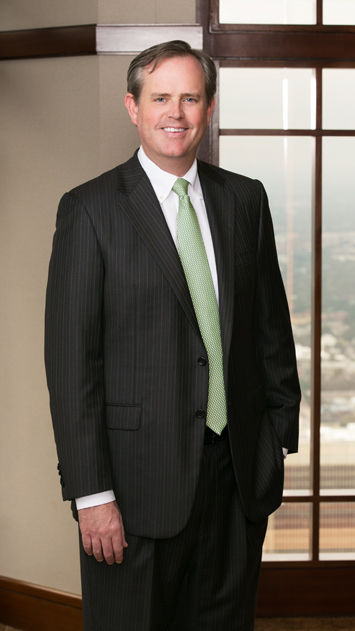 Sam practices all types of commercial litigation, including oil and gas, securities, construction, real estate, and fiduciary duty matters.  Sam has tried cases for plaintiffs and defendants in court and arbitration.

Bayou Corne Sinkhole Litigation
Sam represents Occidental Chemical Corporation in the sprawling litigation resulting from the Bayou Corne Sinkhole. Oxy recently prevailed in a months-long arbitration in which Texas Brine Company asserted multiple defenses to arbitration, including fraud and other theories. The case is scheduled for a merits arbitration in 2023.  In addition to the arbitration proceedings, Sam and the Gibbs & Bruns team have won two sinkhole-related trials for OxyChem in Louisiana state court. In one of those trials, the Gibbs & Bruns team defeated a substantial fraud claim brought against OxyChem.

Delaware Limited Liability Company Dispute
Sam is lead counsel for the defendant in a preemptive rights dispute pending in Delaware Chancery Court involving a billion-plus dollar project to develop an LNG export business on the West Coast of Mexico.

Oil and Gas Disputes
Sam was lead counsel for an individual plaintiff against his former employer seeking to recover interests in valuable South Texas oil and gas leases. The case settled favorably after the completion of the depositions of the principal witnesses.

Sam represented SM Energy Company in the defense of a lawsuit in which the plaintiff was seeking in over $200,000,000 in damages. The parties attempted an early mediation, but it did not work. The parties mediated again after the completion of discovery, and the case settled on confidential terms favorable to our client.

Trade Secrets Litigation
Sam represents the plaintiffs in a substantial trade secrets case pending in Harris County, Texas. The firm obtained a temporary restraining order and temporary injunction against the defendants. The firm successfully opposed the defendants’ motion to dismiss under the Texas Citizens Participation Act, where the trial court denied defendants’ motion and awarded attorneys’ fees to the plaintiffs. The matter is pending.

Winter Storm Litigation
Sam represents certain defendants in the multi-district litigation that resulted from Winter Storm Uri. Sam and the firm have also handled many other disputes outside of the MDL related to the Winter Storm. Many of those disputes involve assertions of force majeure and impossibility.

Jury Trial in Galveston Federal Court
Sam was lead counsel for CGBM 100, LLC. in a warranty dispute with Flowserve US, Inc. regarding mechanical pumps purchased by CGBM for use in barges. CGBM sought damages for amounts expended to repair the allegedly faulty pumps provided and to obtain rental barges to cover its contractual obligations. We successfully defeated Flowserve’s pre-trial motions for summary judgment, and the case proceeded to a jury trial in federal court. After one week of trial, the case settled for a confidential amount.

Jury Verdict in Houston Federal Court
Sam was co-lead trial counsel for Farouk Systems, manufacturer of the popular CHI hair care products, in an action against Costco concerning the sale of counterfeit products. After a seven-day trial, the jury determined that Costco had sold a counterfeit CHI hair iron. The jury also awarded Farouk Systems the maximum statutory damages for non-willful trademark infringement under the Lanham Act. After the jury award, the court entered a permanent injunction prohibiting Costco from selling counterfeit CHI hair irons.

Recognized by Chambers USA
USA Nationwide Oil & Gas Litigation, 2022
He is able to tackle problems and get to a practical solution.