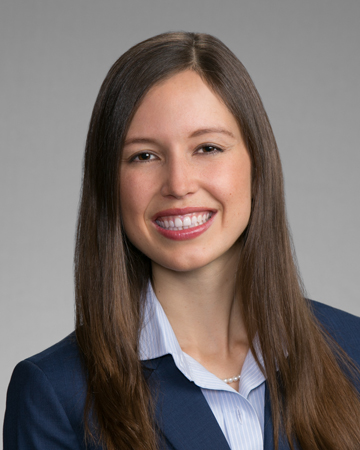 Denise Lambert Drake, an associate at Gibbs & Bruns in Houston, was one of very few – if any – law clerks from Texas who worked for U.S. Supreme Court Justice Stephen Breyer, a native of San Francisco with a home in Cambridge, Mass.

Drake grew up in Boerne, near San Antonio, and when she ended her clerkship with Breyer in 2017, Breyer approved of her decision to return to Texas.

“I was grateful to have Justice Breyer’s mentorship about my decision to practice law in my home state of Texas, an unusual departure from the mass exodus of Supreme Court clerks to the two coasts,” she said in an interview Wednesday. “As Justice Breyer well knows, the legal world is far bigger than that.”

She viewed Breyer as “a mentor and a friend,” and said, “all the superlatives in the world can’t measure up to his warmth and kindness and sense of humor.”

One memory that stayed with her was Breyer’s determination to learn Spanish. “Most every afternoon we would meet in front of his fireplace for a Spanish lesson,” Drake said. “From reading literature and poetry to debating the news to discussing a telenovela—all in Spanish—his passion for learning had him speaking fluently in no time. It was only one of so many ways in which Justice Breyer kept in touch with the real world beyond the Supreme Court building.”

Drake continued, “He views the Court as the embodiment of the rule of law, one whose authority—hard won but easily lost—derives from being a symbol to real people in the real world that democracy works for them.  To Justice Breyer, those are not abstract ideals but practical commandments. They guide every decision and every discussion we had with him as clerks.”

Those discussions were wonderful, Drake said. “Our days as clerks were marked by animated debates about every angle of every case. Justice Breyer would pace chambers deep in thought, always curious and eager to learn from his clerks and his colleagues.”

I am surrounded by brilliant colleagues who embody the highest ideals that Justice Breyer champions for the legal profession, I focus my practice at Gibbs & Bruns on appellate law, and I strive to imbue every brief and argument with the guiding principles that Justice Breyer taught me: the highest of ethics, scrupulously honest and rigorous legal reasoning, and a keen sense of how the law works in the world.
– Denise Drake