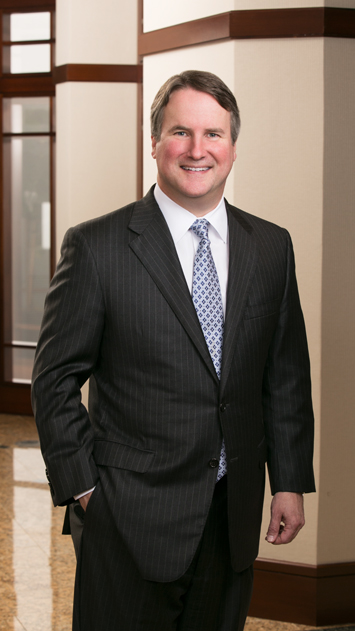 Barrett H. Reasoner, partner at Gibbs & Bruns LLP, has become a Fellow of the American College of Trial Lawyers (the “College”), one of the premier legal associations in North America.

The induction ceremony took place last month during the 2018 Spring Meeting of the College in Phoenix, Arizona before an audience of 700 persons. Founded in 1950, the College is composed of experienced trial lawyers of diverse backgrounds, who mastered the art of advocacy and whose professional careers are marked by the highest standards of ethical conduct, professionalism, civility and collegiality. Fellowship in the College is extended by invitation only and lawyers must have a minimum of fifteen years trial experience before they can be considered for Fellowship.

Membership in the College cannot exceed one percent of the total lawyer population of any state or province. There are approximately 5,800 current members in the United States and Canada, including active Fellows, Emeritus Fellows, Judicial Fellows (those who ascended to the bench after their induction) and Honorary Fellows. The College seeks to improve the standards of trial practice, professionalism, ethics, and the administration of justice through education and public statements on independence of the judiciary, trial by jury, respect for the rule of law, access to justice, and fair and just representation of all parties to legal proceedings.

In his 27 years of trial practice, Barrett’s cases have spanned an array of areas, including securities, oil and gas, construction, environmental, and intellectual property. Barrett is currently chair of the Houston Bar Foundation. He served as a Representative for District 4 on the State Bar of Texas’ Board of Directors and is a former President of the Houston Bar Association. In addition to the American College of Trial Lawyers, Barrett is a Fellow of the International Academy of Trial Lawyers, and The International Society of Barristers.

Barrett attended The University of Texas School of Law and worked as an Assistant District Attorney for Harris County, Texas following graduation from law school. Barrett is married to Susan Reasoner with whom he has five children.