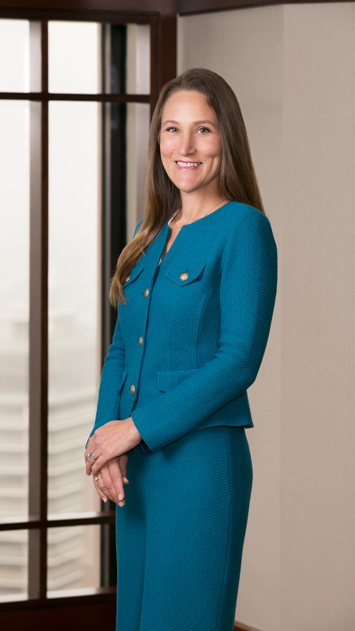 Andi, a 1996 political science and pre-law WIU graduate, was an Honors Scholar and the Lincoln Laureate graduate.  In 2006, Andi and her husband Joe Gulley established the C. Robin Frieden Memorial Scholarship at WIU in honor of her mother.  She is currently a member of the Western Illinois University President’s National Advisory Council.

Andi’s practice at Gibbs & Bruns is focused mostly on securities matters.  Her litigation experience includes contract, environmental, construction, oil and gas, medical malpractice, intellectual property, and directors’ liability matters.  Andi’s practice has included representation of the Outside Directors of Enron’s Board in connection with that company’s iconic end as well as pro bono representation of the City of Houston in defense of its air pollution ordinance.