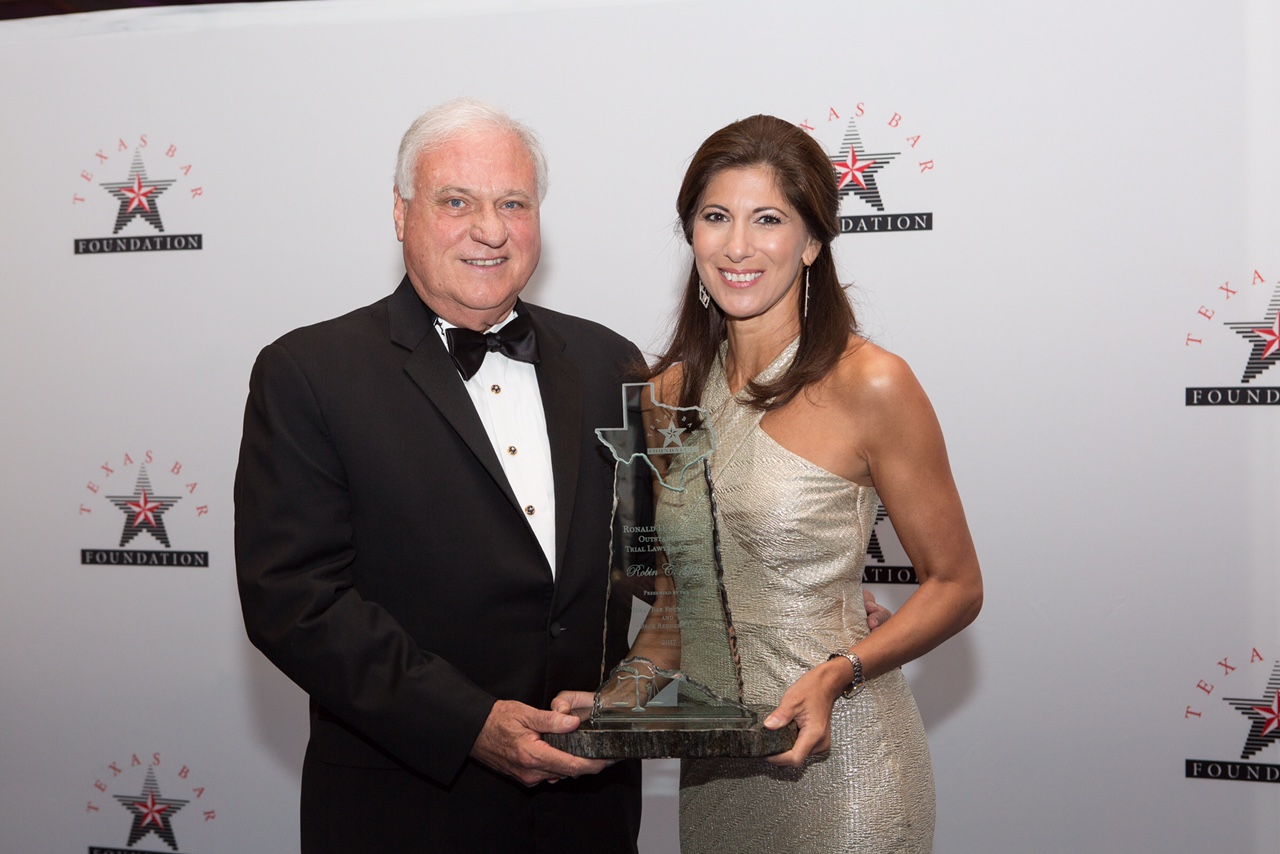 Robin was honored at a Texas Bar Foundation dinner in Dallas in June 2017. 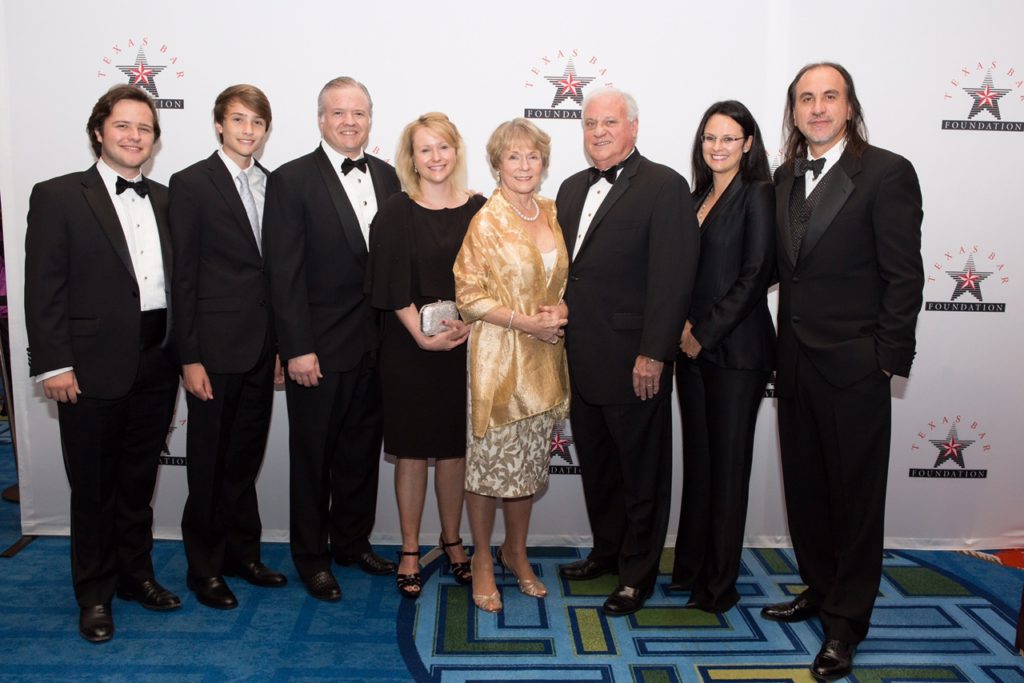 Photo: Robin and Lela Gibbs flanked by their daughters, Stephanie (left) and Sydney (right), along with their respective spouses, and two of their grandchildren. 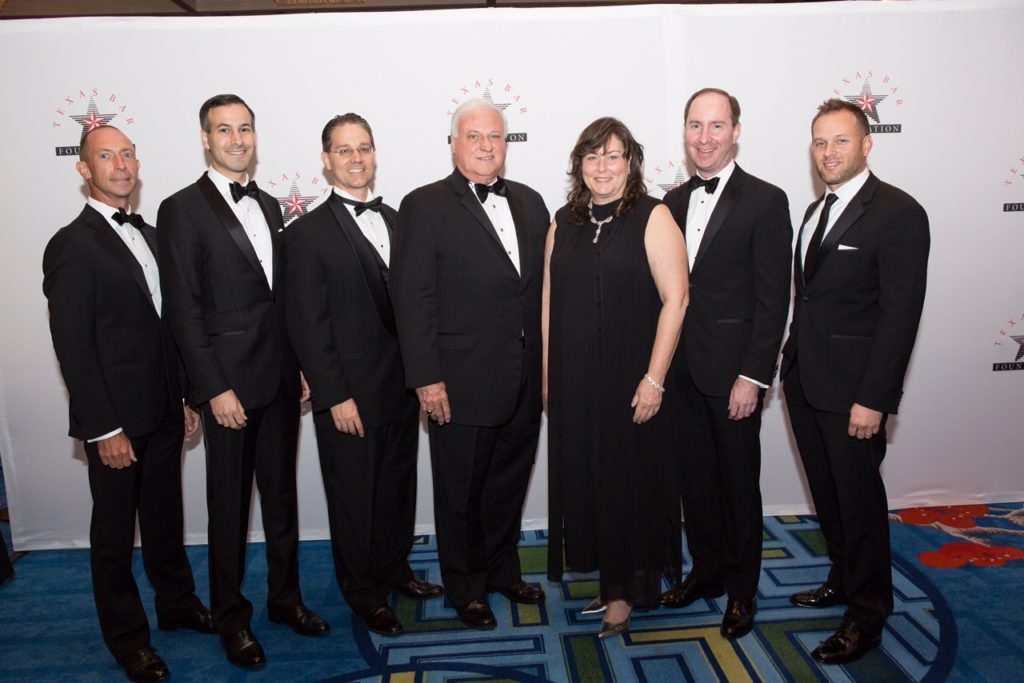