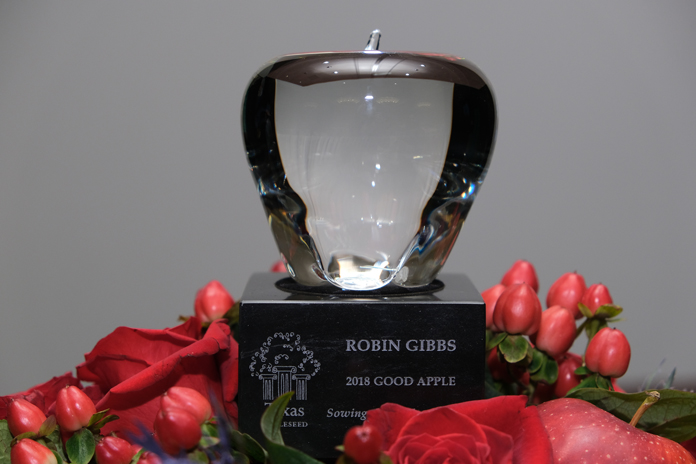 Texas Appleseed has named trial lawyer Robin Gibbs the 2018 “J. Chrys Dougherty Good Apple Award” recipient.  This recognition is presented annually by the Texas Appleseed Board of Directors to “luminaries that have helped shape Texas for the better and whose work has inspired us all.”

Robin is a former longtime Texas Appleseed board member and a dedicated supporter of the organization’s efforts.

Robin spearheads a firm culture committed to pro bono, and his civic and charitable causes have aided communities and at-risk students in Houston and beyond. Robin Gibbs’ legal career spans over 45 years, and he’s regularly regarded as one of the top trial lawyers in the U.S. He began his career at Vinson & Elkins in 1971 and formed Gibbs & Bruns LLP in 1983, now a nationally-recognized litigation boutique acclaimed for its precedent-setting work across various industries. Robin has served as a Trustee of The University of Texas Law School Foundation since 2008 and is presently the Foundation Chair. Texas Appleseed was honored to have his insight and leadership as a Board Member from 2001-2009. Robin and his firm support a number of issues, including providing financial, pro bono legal, and other forms of assistance to families affected by Hurricane Harvey; those affected by homelessness and poverty issues; and dropout prevention for at-risk students in Texas.

ABOUT TEXAS APPLESEED
Texas Appleseed is a public interest justice center. Our nonprofit works to change unjust laws and policies that prevent Texans from realizing their full potential. We anchor a dynamic network of pro bono partners and collaborators to develop and advocate for innovative and practical solutions to complex issues. Texas Appleseed also conducts data-driven research that uncovers inequity in laws and policies and identifies solutions for lasting, concrete change. The many issues on which we work are united by the goal of greater justice. When justice is beyond reach, Texas Appleseed provides the ladder.

TEXAS APPLESEED MISSION
Texas Appleseed promotes social and economic justice for all Texans by leveraging the skills and resources of volunteer lawyers and other professionals to identify practical solutions to difficult, systemic problems.

ABOUT THE GOOD APPLE DINNER
Each year since 2002, Texas Appleseed has honored leaders for their contributions to the community at our Good Apple Dinner. The Board of Directors awards the J. Chrys Dougherty Good Apple Award as our highest recognition to luminaries that have helped shape Texas for the better and whose work has inspired us all. 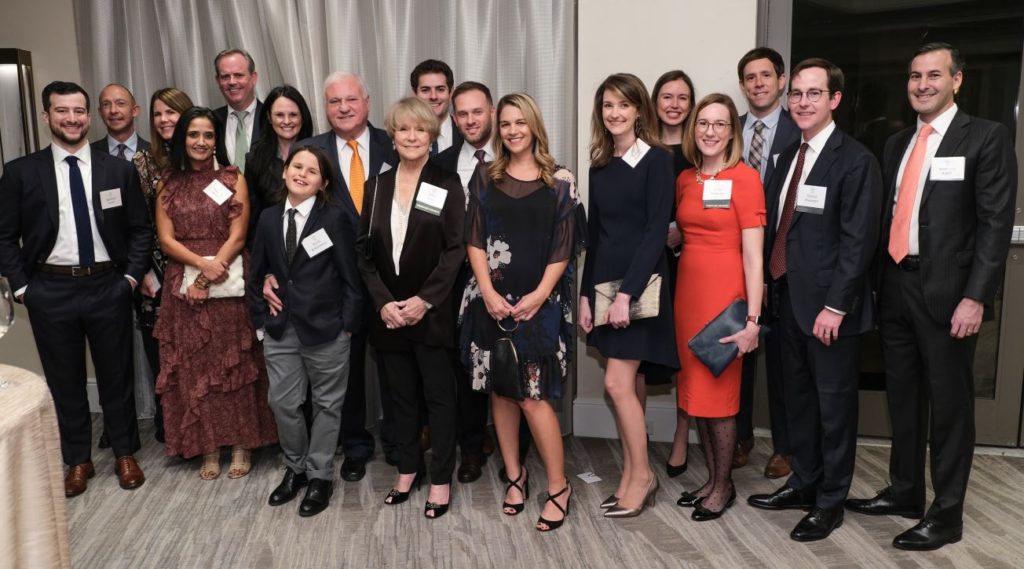